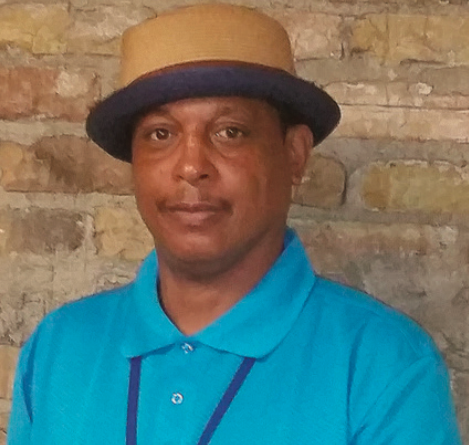 NEWS FROM THE HEART OF THE CITY

Growing up in the small town of Middleton, in rural Ohio, Rodney struggled with addiction for most of his life.

“Everywhere I went to try to run away from my drug issues, they just followed me.”

Staying clean was an ongoing challenge. During the week he maintained the appearance of control, but by the weekend he was back to partying and using, finding himself penniless by Monday morning. His denial of his addictions kept him from changing. After repeating this cycle over and over Rodney accepted that he needed to change his life trajectory.

“I never saw myself as a ‘drug addict.’ I never got kicked out of a program—in fact, I completed all three—but I was always in denial of my addictions; I would always say, ‘I can stop using,’ but I never could.”

With no treatment centers near his hometown in Ohio, Rodney investigated treatment programs in Minnesota. After two years in different treatment programs in Minnesota, he came to the House of Charity’s Day-by-Day Outpatient Treatment Program where he was accepted into treatment and became a resident in our Transitional Housing Program. House of Charity not only provides temporary housing and treatment but also the opportunity for recovering individuals to rent an apartment and take the first steps toward real independence.

“I just wanted something different; I wanted my life to change, and it has. I owe it all to coming to Minnesota and the treatment I received.”

Rodney transitioned into the Housing First Permanent Supportive Housing Program after completion of the three-step program, eventually moving from the treatment and transitional housing program into his own apartment. He said he owes his success to the staff at House of Charity—particularly his case manager who really invested in his recovery. Even at his lowest points of recovery, when he couldn’t even envision his future, he said House of Charity staff helped him to keep his focus clear and his goal of sobriety in sight.

“Getting sober isn’t a streamlined thing, you have to have the will and the patience to know that it will come, but you have to want it. And I’m not done.

Now living in his own home in a Minneapolis suburb, Rodney is actively pursuing his degree in social work at a local technical college with the long-term hope of being able to help others in Ohio with the same kind of support and help that House of Charity provided to him in his recovery. He is grateful to House of Charity for their help in guiding him to independence and finding a dream and passion to help others.

“I really appreciate House of Charity. It only gets better, and now I feel it. I know it’s going to get better.”