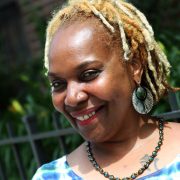 Jacqueline is a woman who exudes joy, strength and determination. When you speak with her, her words are covered in kindness and her face is always filled with a smile. But it hasn’t always been that way. Almost ten years ago, Jacqueline’s mother died and her world crumbled. Jacqueline had given up her home and career to care for her mother, and when she died, Jacqueline lost not only a home, but also hope. In 2008, Jacqueline committed what she called a “white-collar crime.” She said that she allowed herself to be talked into doing it, first because it would help her maintain a level of comfort that she wasn’t willing to give up.Secondly, her mother’s death was so devastating, she didn’t care what happened to her.Her death plunged Jacqueline into a spiral of depression, hopelessness, and homelessness. She spent the next three years moving from couch to couch, with no real vision or mission; only knowing that someday, she would have to pay for her crime.On June 9th, 2011, everything changed. Jacqueline was encouraged by a friend to call House of Charity. She did, and was told they had a bed for her, she just had to get there. Jacqueline recalls a cab being sent to her because she had no money. “Life, for me, began on that day,” Jac queline reflects. And in many ways it did.That day in June almost six years ago was a turning point, it was Jacqueline’s opportunity to reclaim her life and happiness.Jacqueline spent her time at House of Charity completing the goals she had set with her case manager. She helped other residents, who were attending MCTC, with their class work; she had majored in journalism in college and she said it brought her joy and fulfillment to help others with something she was good at.While she stayed at House of Charity, Jacqueline was impatient to get her own home. But she knew that the consequences of her crime prevented her from attaining housing. So she turned herself in, served her time, and then came back to House of Charity, knowing that this time, she could complete all her goals.
On May 17 of this year, Jacqueline moved into an apartment. She has a job and volunteers at another non-profit called “From Me to You”, a faith-based organization that provides hope through clothing and other resources for women and their families. Just like helping other residents with the school brought her satisfaction, so does her volunteering. Jacqueline said that being able to help and encourage the women she encounters every day has helped her on her journey. It has allowed her to once again not only use her skills but also her wisdom and compassion.
A decade ago, Jacqueline had given up. Her mother, her rock, had died, leaving her without a home and without hope. Now, because of House of Charity and the safety it provided, Jacqueline has hope and a mission. She has vision, and nothing hanging over her. Her joy is infectious. Her smile brings peace and warmth. Jacqueline is a woman who has found life again.
“Some days, through this whole journey, I wanted to give up, but what keeps me going is my support network, which is comprised of my church and friends I have met, and knowing that God has blessed me with the drive and the tenacity to know that with patience and getting out everyday, because I haven’t just sat in here, success, recovery, and independence is possible if one is serious about what is important to them and what life has to offer.”

Housing and Treatment for Mental Health and Addiction Cannot Be Separated

A Note from Nicole
Scroll to top