“I don’t like to live in the past because the past can’t do nothing but keep you in the past.
I like looking to the future now, because I can see it. At first, I couldn’t see it. I’ve been shot nine times, stabbed, stole from and left for dead because that’s the lifestyle that I lived on the streets.
I’m not even supposed to be here today. The world counted me out, but there was a different plan for my life.”
And what a difference that was. From growing up in the toughest parts of town with a father who was a user and dealer and the house he was living in being the neighborhood “party house” to now being clean and sober for five years, Tawann’s life is worlds apart from the one he came from.
Tawann grew up in Indiana and came to Minnesota more than two decades ago. But leaving his hometown didn’t help him escape his past. It found him here too. Tawann said it’s because that sometimes feels like the easiest route, the one that’s most familiar.
When his marriage fell apart, Tawann allowed the rest of his life to do the same. He started using drugs again and he started dealing again too.
At the beginning of 2014, Tawann realized his life had spiraled completely out of control and decided it was time to make a change.
After spending two months at Turning Point, Tawann came to House of Charity. He lived in our residence hall and attended Day by Day treatment with us for about seven months.
The separation from his previous life he was able to achieve here helped Tawann succeed in being sober and clean.
“By me being in the House of Charity program, it helped me to not only just abstain from drugs but it helped me to get my life together because it helped me to get away from my circle of friends that encouraged that lifestyle I was trying to leave. I had to get away from people, places and things and this was like an escape and at the same time I was able to get tools to use in my day to day life from the treatment.”
Five years sober and clean and he’s giving back to the community he “freely helped destroy.”
Tawann is in his own apartment through Housing Supports, our Housing First program and is giving his time through volunteering with Neighborhood for Change, One Family One Community and MAD DADS. Being a part of these organizations and out in the community helps keep him grounded.
“Now I’m out there talking with folks about bettering the community and reaching them because in our community, folks are stuck and we don’t see the way out. We want the easy way out and the easy way out is a trap. I was able to see that there was a bigger and better way through these organizations and they kept me grounded as well.”
Tawann is going back to school this summer. His daughter just bought her first home and he’s about to become a grandpa. Because he saw that it was time to make a change, he turned his life around and now he gets be a part of his family’s lives.
And he’s giving back through MAD DADS. He is changing lives and giving back to the community he hurt with his addiction and dealing.
“What better than to have some guys who have been through this, that have changed their life around that can go out and talk with some other brothers and try to help them change their life around. Even if it’s been two years, you can’t save the world, but you can talk and be present and just uplift people no matter who it is. That’s the best thing they can be given.”
Tawann is changing the world through strengthening his community. What can you do today to do the same? 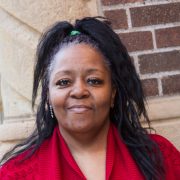 The Power of Empowerment: Tika's Story

House of Charity is Expanding!

Instilling Hope One to Another

Advocacy: Homeless Day on the Hill 2018

My House of Charity Story: A Note from Deb

Out of This World Volunteer Appreciation!
Scroll to top