The Passing of Terry Mack

Instead of the usual Myth Busting that happens on Mondays, we have some sad news to share. 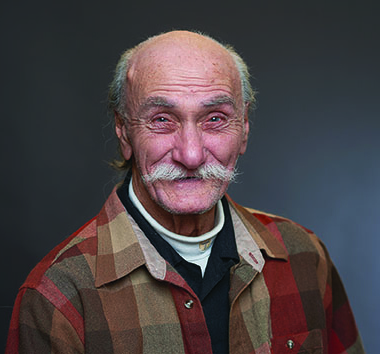 One of our former clients, a man whose story has inspired many and whose wit and smile were always welcome, Terry Mack, has passed away.

On many occasions, Terry has been the face of the hope and encouragement that many have found here. Despite trauma and heartache, Terry met life with joy and enthusiasm. And we will miss him greatly. If you like to read Terry’s story, you can do that HERE.

Below, one of our long-time volunteers, Damon, wrote about caring for Terry.

May we all be as joyful as Terry and as generous as Damon.

On the first Friday in August of 2018, Terry Mack visited the HoC Food Centre and looked terrible. I (Damon) was volunteering that day and after seeing Terry I encouraged him to go to the hospital and I offered to take him to HCMC.

Terry stated he wanted to go to the VA hospital, so we headed there in my car and we walked into emergency room together. I helped him sign in and five days later Terry was unconscious and in an isolation room. Doctors had no idea what was wrong with him.

Farah Nilam-Rao, a VA social worker, called Nicole asking for my name because Terry had listed me as his only friend and family. Nicole gave her my number. Farah called me and asked me if I would be willing to come to the VA and help with his care. I agreed and started going to the VA to visit Terry and advocate on his behalf.

The VA had determined Terry had a form of west nile encephalitis that devastated his nervous system. I agreed to become his Durable Power of Attorney for health care and POA so all medical decisions came through me. I chose Ebenezer Care on Portland Avenue to transfer him to, as I was certain he was going to die.

He could barely talk and could not move his arms or legs when he first got to Ebenezer. I worked with the dietician to bump up his protein intake and came every Tuesday and Friday (my day to volunteer at the Food Centre) to attend physical therapy sessions with him.

Terry got better and better to the point where he could walk with the help of walker and could care for himself. The staff at Ebenezer was amazed at his progress and so was I.
Terry’s humor and wit came back and he had everybody laughing.

He gardened, went to PT 5 days a week, took trips to the store and even went to La Traviata opera (he thought the tenor was weak).

Almost a year to the day after his first move to Ebenezer, Terry started getting sick again. He shared with me that he was ready to go (die) and he was certain he was going to. He started to have multiple falls, one required stitches and an ambulance ride to HCMC, lost his ability to walk, got weaker and I put him in hospice care as of 9-28-2019. He wanted a TV for his room so I provided him mine. I had music therapists come and sign to him 2 days a week. He was in good spirits right up until the end, was up in his wheelchair, made it to the dining room for meals and never lost his sense of humor.

His name was Terry McCush, however he will always be fondly known as TMack or Terry. May you rest in peace Terry. Your friend, Damon Ruberto

In His Own Words: Wendell’s Story