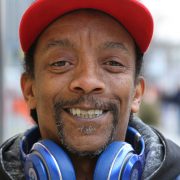 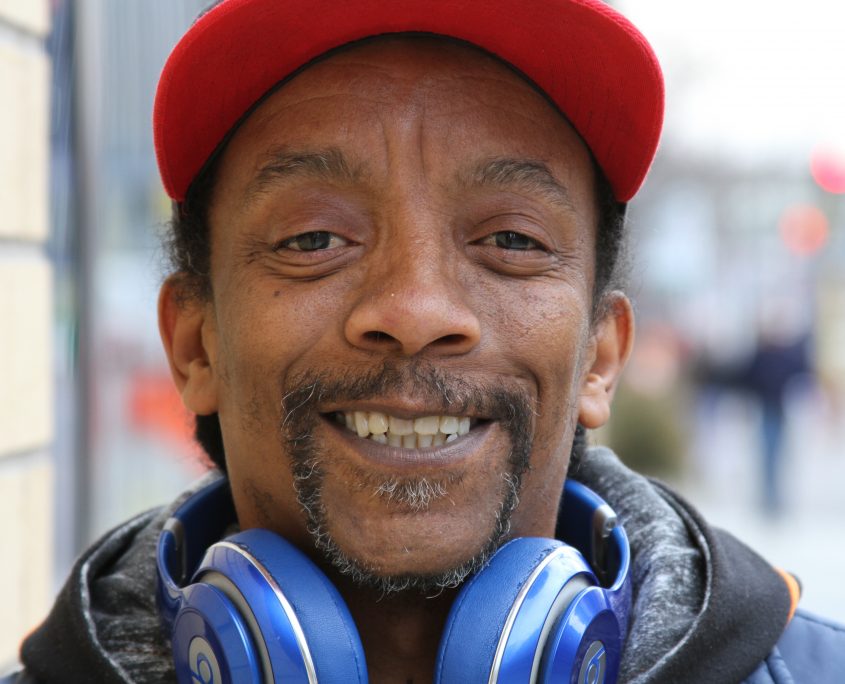 Addicted to drugs and with his life falling apart,  Steve travelled from Chicago to Minneapolis to find a treatment program. A friend suggested and generously gifted Steve with a bus ticket, which began a decade of upward momentum toward independence. Steve recalls that the first thing he saw after getting to Minneapolis was the Metrodome. He climbed out of the bus, kissed the ground there, and has felt “blessed ever since.”

Need, poverty, and hunger often look differently than we expect.

Shortly after arriving here, Steve got a job as a laborer similar to jobs he’d held in Chicago. He was shocked to learn that here he would earn more than he had ever earned before. After a year’s stay at the Dorothy Day Center, a friend told him about the programs at House of Charity and he has been a part of the HOC organization ever since.

When Steve walked through the doors at House of Charity, his goals were to get clean, get his own apartment, and achieve all the things he had been striving for but never had the resources to attain. From his start in the permanent supportive housing program, to the help of the Day by Day treatment program, and through his current time living in his own apartment—with a second-time help from House of Charity—Steve knows that all he has accomplished is because he had goals. It’s the mantra he keeps repeating: “I’ve got to have goals.”

Without goals, Steve says, not only he, but anyone who walks through the doors of House of Charity, will get stuck. With no vision or support, there is no chance for success and independence. Steve’s client advocate, Kassandra, has helped Steve look at both where he has come from and where he is going, to look towards complete addiction-free independence.

Since coming to Minnesota, Steve has rebuilt relationships with his friends and family, most importantly, with his daughter. Steve speaks with pride about his daughter and what she is doing. He especially notes how much she is like him in her determination and attitude.

An Advocate for HOC

Steve has also become an avid advocate for House of Charity. He repeatedly says that he has only good things to say about it. The organization gave him hope and changed his life. And he wants other people to have that hope as well.
“There’s a lot of things that I lost while I was on drugs, and I’ve gained every last one back because of House of Charity. They gave me my life back.” To Steve, the hallways and rooms of House of Charity feel like a second home.

Even though he has maintained his sobriety and no longer lives at HOC, Steve still visits HOC often. His life changed for the better at HOC— he found hope and found a home. Steve has worked hard, held a steady job, and still occasionally needs help from House of Charity.

Join us as we help individuals find their way to independence.

Pulled Up By the Bootstraps